Jeffrey Sachs and SPA Members gather for The Amazon We Want: Science Based Pathways for a Sustainable, Inclusive, and Resilient Amazon 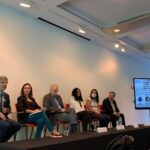 On September 15th, alongside the opening of the 77th United Nations General Assembly, the Science Panel for the Amazon (SPA) organized an event, The Amazon We Want: Science Based Pathways for a Sustainable, Inclusive, and Resilient Amazon. In light of the International Year of Basic Sciences for Sustainable Development, the Science Panel for the Amazon gathered to cover the state of the Amazon since the launch of their landmark Amazon Assessment Report at COP26, what is at stake with the loss of the Amazon, and solutions that can catalyze sustainable development. The speakers included Prof. Jeffrey Sachs (SPA Convener and President of the Sustainable Development Solutions Network), Dr. Carlos Nobre (SPA Co-Chair and Senior Researcher at the Institute for Advanced Studies of the University of Sao Paulo), Dr. Dolors Armenteras (SPA Co-Chair and Professor at the National University of Colombia), Dr. Marina Hirota (SPA Lead Author and Professor at the Federal University of Santa Catarina), and Dr. Adalberto Val (SPA Science Steering Committee member and Senior Researcher at the Brazilian Institute for Research of the Amazon), with moderation provided by Ms. Ilona Szabó de Carvalho (Co-founder and President of the Igarape Institute).

Jeffrey Sachs highlighted the motivation behind the establishment of the SPA, which began with the 2019 fires and the subsequent adoption of the Leticia Pact. He emphasized the importance of decision makers utilizing the data behind the 2021 Amazon Assessment Report, compiled by the top scientists in the world, and how policy needs to reflect the data, stating that goals should be practical and achievable. According to Prof. Sachs,  “We need to put our knowledge to work to solve problems and set goals on the value, ethics, and the future we want…Most of us don’t know critical things and the scientists that do are often not asked. We need the science to create long-term pathways. Sustainable development depends on systems thinking and a set of principles for the kind of future we want on this planet. And the pillars of sustainable development are material well-being for people, social inclusion, environmental sustainability, and peace and cooperation. Luckily, it seems that the decision makers in the Amazon are open to hearing the data and luckily the Science Panel for the Amazon is leading the way.”

Ilona Szabó thanked Jeffrey Sachs for his points and noted that “if we haven’t paid attention enough as a society, COVID-19 and climate change have shown us how fundamental science is, so let’s work to increase the public policy-science interface.”

Carlos Nobre began his presentation by noting that “more than 95% of the people living in the Amazon want to protect the forest, so the big challenge is why, for the political systems of the Amazonian countries, their policies do not reflect the Amazon we want.”. For some, the Amazon was viewed as a “green hell” and the forest was portrayed as an obstacle to development. For Indigenous peoples and local communities, however, it is considered a “green paradise”. Dr. Nobre detailed the rich diversity of the Amazon, which contains more than 13% of the world’s plant and vertebrate species.

Dr. Nobre continued with data on the Amazon as a key player in the global carbon cycle – being key for global climate stabilization, hydrology,  and water recycling, as well as cultural and ethnic diversity. Science stands with IPLCs showing that the Amazon is indeed a “green paradise” for planet Earth in many aspects.

Dolors Armenteras reminded participants that ⅔ of the Amazon is in Brazil and ⅓ is distributed through seven other countries and one national territory, as it is important to consider the differences in politics, history, diversity, and policies in those countries. It is also an important reminder that what happens in the northwest of the Amazon is important for the whole system to work. Dr. Armenteras focused on the data behind the many threats that the Amazon is facing, with the largest impact being deforestation, driven mostly by agricultural expansion. Other drivers include illicit crops, mining, oil infrastructure, and dams. The impacts of these threats include increasing the region’s temperature by 3 degrees, altering water cycling resulting in a 19% reduction of rainfall in the region, and increases in CO2 emissions, including from burned Amazonian forests. Studies show that if an area is affected by fire once, you still have 20% less carbon stored there 30 years later, even if the area is allowed to recover. These impacts also produce short- and long-term human effects, including health issues related to forest fires, and increase the risk of the Amazon becoming a hotspot of viral outbreaks. She also highlighted one important solution, which is international dialogue and presenting this data and informing people on the connection between international demand for commodities and deforestation and degradation in the Amazon.

Marina Hirota continued with the macroeffects of these impacts: the tipping points in Amazonian ecosystems. Dr. Hirota presented a map of rainfall-related tipping points, at risk of losing a forest state, even without factoring in the other impacts Dr. Armenteras presented.

She addressed the question ‘how far are we from reaching the tipping point‘? What we know is that the climate has been changing within the Amazonian limits and in different ways. Disturbances are highly heterogeneous, as well as forest responses and changes in composition and structure. We are seeing many changes already, and it’s due to a puzzle of many intersecting factors and the potential projections depend on the disturbances. We should take a precautionary approach, since shifts at any scale can cause tremendous damage to communities, countries, and the planet.

Adalberto Val began by emphasizing that the only path forward is by considering the connectivity of the whole region. The Amazon was formed over 65 million years, following the uplift of the Andes. Its history includes significant tectonic and climactic changes, and the adaptations developed to face these variations are written in native species’ genomes. In other words, many of the solutions to climate adaptation are in the history of these genomes. If we burn their environment, we lose this information. The Amazon is a goldmine for the better living of the region’s population and to the entire humanity. The compounds and forms of adaptation in the Amazon are valuable sources of information. Another example is the pirarucu fish, which grows to 15 kilos in its first year of life; understanding how it accomplishes this could be important to ensure food security in the region.

Using the information hidden in the Amazon and technology is highly important for sustainable, inclusive solutions. A dynamic and collaborative model with investments in science and technology should be pursued, and that is the aim of the Amazon Institute of Technology (AmIT), currently in the feasibility assessment phase.

We can envision the Amazon river as an artery of knowledge, through dynamic and collaborative models. Education, science and technology is the only way to protect the natural resources and ensure a better quality of life for riverine and forest populations of the Amazon.

The event ended with a Q&A that covered the role of private markets and of Indigenous peoples and local communities. You can re-watch the event here and view the presentation slides here: