SPA Event: The Amazon as a Bioeconomy Superpower: Investing in Innovation & Technology for Sustainable Development 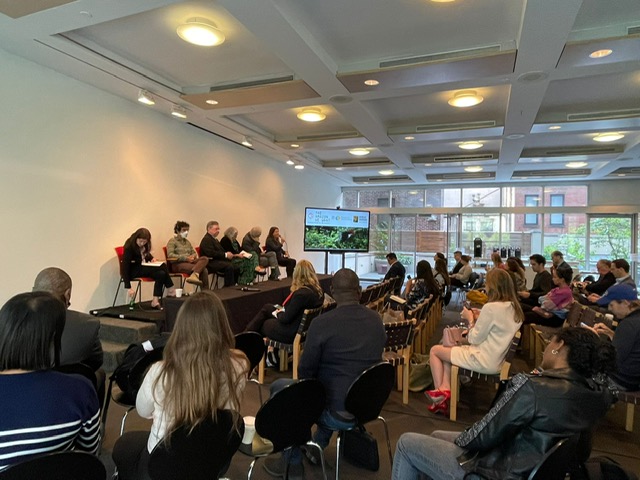 On September 16th, alongside the opening of the 77th session of the United Nations General Assembly, the Science Panel for the Amazon (SPA), in collaboration with the UN Science Summit, organized an event, The Amazon as a Bioeconomy Superpower: Investing in Innovation & Technology for Sustainable Development. The aim of this session was to create awareness of the potential for a bioeconomy of standing forests and flowing rivers in the Amazon, leveraged by investments in science, technology, and innovation as called for in SDG 9.

The coming years are crucial for saving Amazon. While many see conservation goals in conflict with economic growth, our speakers presented data and case studies showing that this is not true. Investing in research and technology today can promote the sustainable use of resources in the long term, and build a vibrant, inclusive, knowledge-based economy of new products and services that can be produced from standing forests. This requires building the region’s research capacity and disseminating scientific knowledge to key stakeholder groups. The Amazon has the potential to be a superpower, if investments in science and technology are prioritized, and can be a catalyst for sustainable development in the region.

Emma Torres, the SPA Strategic Coordinator, started the event by emphasizing the theme of the event stating, “There is potential for the Amazon to be an engine of growth and sustainability for the region. This requires mobilization and investment.”

Liliana Dávalos reflected on the potential of genomics to bring about a new bioeconomy adapted to the Amazonian reality and what it means for conservation. She presented the consideration of how genomics can help conservation and ensure redistribution of benefits covered in the Convention of Biological Diversity. She gave the example of Costa Rica, a country with high biodiversity levels, that invested heavily in genomics but the program, unfortunately, did not succeed. How, then, can we be successful?

To connect genomics to relevant real-life case studies, Dr. Davalos used the example of the spike protein of COVID-19 that was made publicly available in January 2020. Because of this public information, we had vaccines by May of 2020; however, the vaccines themselves are private and not public. It is important to consider how the global health crisis could have been worse if the spike protein information had not been made public. This example illustrates how genome research has become a resource frontier and that we need to work to ensure benefits are shared equitably with stakeholders. She added that, unlike the destruction of the forest, knowledge of genomics in the Amazon is a renewable resource, so a knowledge economy can benefit conservation if we enforce traceability through stakeholder-driven genomics. She concluded by saying that “The ability for genomics to deliver benefits is great thanks to new technology and only through stakeholder-driven genomics can we support conservation.”

Adalberto Val showed the magnitude of the size of the Amazon and its impact on the global water cycle, supplying 20% of the freshwater that enters oceans worldwide. Dr. Val presented the unique characteristics of the Amazon, including the over 1,000 aquatic plants it contains. He presented case studies on drivers of degradation, including mining and fires, and advocated for investments in science and technology, training, and social inclusion in the region as a solution. Dr. Val highlighted the importance of investing in ST&I with the discovery of new compounds and their applications (e.g., bark of Ellipticine used for antimalarial drugs), in uncovering new viral risks that could lead to pandemics, and ensuring food security.

He discussed that, despite this astonishing biodiversity, there is an incredibly low amount of investment in the region. The world average investment in science and technology/research and development is 2.6%; however, in Brazil it is only 1% of GDP.

He stated, “We need $1.6 billion to protect 1.3 million square kilometers in the Amazon. If you compare the budget of NASA, which is $25 billion dollars, the Amazon only needs 10% of their budget to be protected. All we are asking is that we invest in the knowledge we already have in order to produce new technologies, which will contribute to conservation, climate change, and social inclusion. Training is the key way to conservation and social inclusion in the Amazon.”

Dr. Val ended his presentation by stating that bioeconomy value chains could also help connect people to the forest for a better life, being important for social inclusion.

Ms. Paiva spoke on Vale’s environmental and social commitment and investments in the Amazon bioeconomy and research. She spoke on Vale’s unique models of sustainable mining and how they are able to have a competitive business in the biome, while still preserving the forest, ensuring that flora, fauna, and people live and thrive. Some of Vale’s initiatives are in science and technology, innovation and entrepreneurship, market development, support services, capital offerings, and developing local ecosystems. There are also programs with genetic and genomic mapping of the Amazon biome and programs of environmental monitoring and bioeconomy initiatives that create economic development in local communities. She expanded on Vale’s commitment to prioritize scalable and systemic impact solutions and contribute to global and public goals. She concluded by stating that “it’s important to act in partnership to leverage and accelerate initiatives amongst private partners, academia, civil society, and governments.”

Carlos Nobre presented the challenge of turning the Amazon into a bioeconomy superpower. He emphasized the importance of turning greenwashing into an actual Amazonian Green Deal inspired by the ones in the US and Europe. Currently, 18% of the Amazon basin is deforested with an additional 17% degraded. According to Nobre, one of the most worrying statistics identified is the lengthening of the dry season in the Amazon, which is currently 4-5 weeks longer than it has been in 40 years.

He also stated that reaching deforestation of 20-25% can lead us to a tipping point and we are already at 18%. Global warming is inducing more frequent extreme droughts in the Amazon on top of deforestation, degradation, and wildfires, which all are pushing the Amazon to a tipping point. He emphasized, “We are at the edge of this tipping point so we have to act.” Dr. Nobre also called attention to another shocking statistic, stating that since 2016 the southwestern part of the Amazon has become a carbon source, even during the wet season.

Dr. Nobre presented the current risks from the impacts and emphasized that in order to keep the targets of the global Paris Climate Agreement, total emissions should be kept at 400 billion, however, with the loss of the Amazon alone, that would emit more than 300 billion tons of CO2.

He highlighted SPA’s key recommendations: 1. An immediate moratorium on deforestation and degradation in areas reaching a tipping point, 2) zero deforestation and degradation in the entire basin by 2030, 3) conservation and restoration at scale, and 4) a new bioeconomy of standing forests and flowing rivers, emphasizing the need for government commitments. He discussed an upcoming SPA publication that will propose an arc of restoration where there is currently an arc of deforestation. This is an important tool because 1 hectare of recovered forest removes between 11-18 tons of CO2 . He ended by presenting how over 500,000 families moved from poverty to middle-income thanks to bioeconomy initiatives, the challenges of implementing a successful bioeconomy, and how despite the challenges, the bioeconomy has the potential to be even larger than traditional economies that drive deforestation.

Belén Paez ended the panel by discussing how our current economic model is one of death and that we urgently need to transition to one of life through a bioeconomy. Through her work in Ecuador and Peru with Fundación Pachamama, she has seen how a bioeconomy can be a superpower in the region. However, she stressed that their work would not be possible without partnerships with Indigenous communities. Fundación Pachamama worked with 25 Indigenous Nations to develop innovative Amazonian value chains based on the principles of fair trade and zero deforestation which promote community well-being.

One example of their work is the vanilla value chain, which has reached over $40 million in revenue in the past year. Through their Forest Economies Programs they create value chains with vanilla, cinnamon, morete, guayusa, and ecotourism. She presented the Kapawi Ecolodge of the Achuar peoples, an award-winning Indigenous community ecotourism enterprise that stopped oil development in their territory by showing the government that their income exceeded the government budget for potential oil projects. She discussed other examples of economies of life as opposed to those of destruction, and concluded her presentation by emphasizing that any bioeconomy project should include safeguards that involve the full participation of stakeholders and ensure that they are the beneficiaries.